The artwork was discovered on 26 January on  Scott Street Bridge in Hull, a town in eastern England. The stenciled piece depicts a boy, raising a makeshift sword with a pencil attached to the tip, carrying a shield and wearing a cap and a colander on his head. 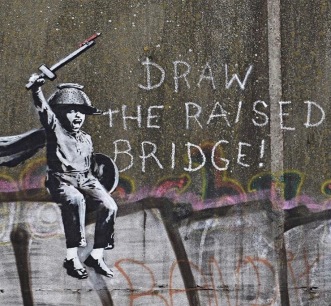 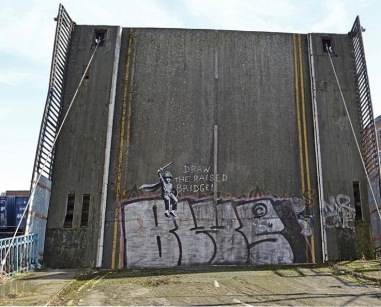 On his Instagram account, Banksy changes the wording to  “RAISE THE DRAWBRIDGE”. Banksy being for EU and Hull was the City with the highest Brexit leave is one take on the artwork. It could also refer to the “Siege of Hull” in 1642 when King Charles I was refused to enter Hull by Sir John Hotham and the Parliament.