On October 17, Banksy entered Tate Britain disguised as a pensioner and stuck one of his own creations in a vacant slot on one of the gallery’s walls. After a few hours the painting, “Crimewatch UK Has Ruined the Countryside For All of Us”, crashed to the floor and the stunt was discovered. 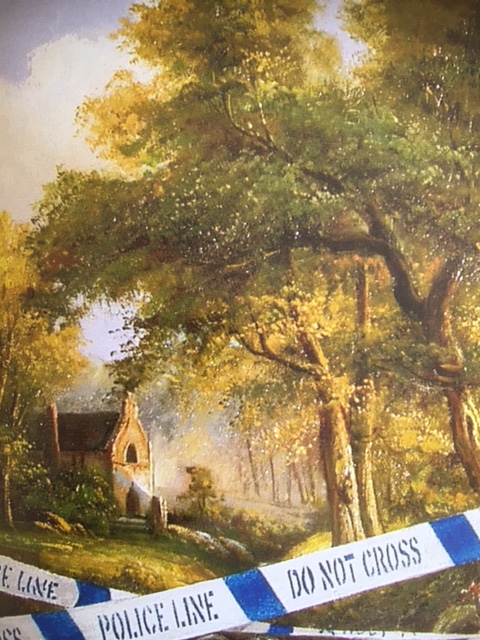 “To actually go through the process of having a painting selected must be quite boring. It’s a lot more fun to go and put your own one up. It’s all about cutting out the middle man, or the curator in the case of the Tate.” 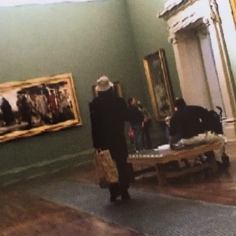 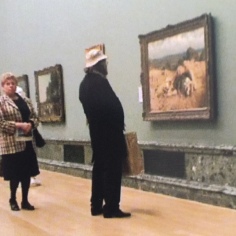 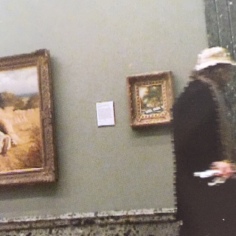 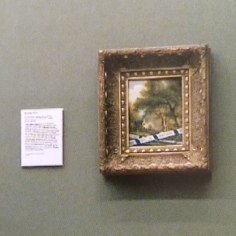 “I’m kinda into the message that vandalising a painting with police tape is how a lot of people see the world these days. People don’t actually see the world with Constable’s eyes with hay and rivers any more. The amount of paranoia and fear about violent crime and paedophilia makes mine a more accurate drawing of the English landscape we actually live in.”

A caption glued next to the painting read: “This new acquisition is a beautiful example of the neo post-idiotic style. Little is known about Banksy whose work is inspired by cannabis resin and daytime television.”