After moving to London in early 2000, Banksy went back to Bristol in February the same year, where he opened his first regular exhibition in his own name at the restaurant Severnshed, behind the docks. It’s was a mixture of stencil and acrylic. All pieces were priced under £ 1,000. The “Self-portrait” of Banksy,  with a chimp head,  sold for £ 198,000 at Bonhams in 2007. There are two remarkable pieces – “Simple intelligence testing” and “Sharks”.

You told that joke twice 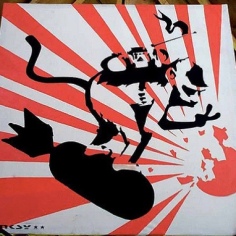 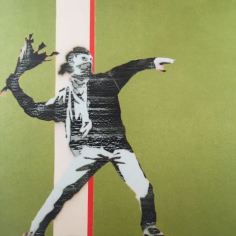 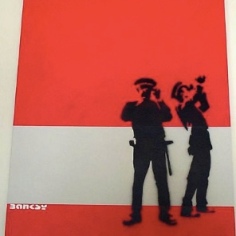 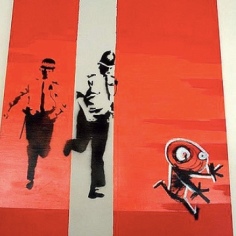 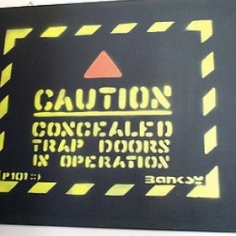